Abstract: There is evidence in the literature that word-of-mouth and physical exposure are well-known powerful sources of behavior propagation, but their effectiveness in modern city environment remains largely unknown. In this talk, using large-scale quantitative behavioral data, we show two examples on the effect of direct and indirect communication on human decision-making. In the first example, by analyzing a one-month international event in the European country of Andorra using nation-wide mobile phone data, we investigate the change in the likelihood of attending the event for people that have been contacted by and are of different social distances from the attendees of the event. Our results suggest that social influence exhibits the ripple effect, decaying across social distances from the source but persisting up to six degrees of separation in the social network. In the second example, by studying millions of credit card transaction records about ten thousands of individuals in two major cities of an OECD country, we test the effect of physical exposure on human purchase behavior. Specifically, we conjecture that individuals living in different communities but working at close-by locations could act as social bridges that link the behavior of the two communities, and show that this is a much stronger indicator of similar purchase behavior among communities than traditional factors such as income, age, gender, and other sociodemographic variables. Our results altogether provide a different source of information and approach for managing behavior change in urban population, which has applications in a number of domains such as campaign marketing, resource allocation and social mobilization. 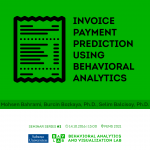